After a soggy and stormy Sunday with widespread 1″-3″ of rain and a swath of 3″-5″ of much-needed rainfall in drought-vulnerable locations, and at least one tornado touchdown in Cook county, another round of severe weather is possible late Tuesday night-Wednesday.

Much calmer with near freezing temperatures Tuesday morning. 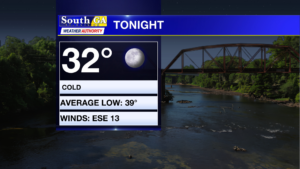 Then, it turns breezy Tuesday afternoon with strong southerly winds developing overnight ahead of the approaching storm system. 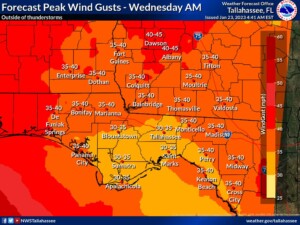 For now, the timing of this next round of possible severe t’storms will be early Wednesday morning through the afternoon.

The main threat is damaging wind, but an isolated tornado cannot be ruled out.

Also, an additional 1″-3″ of rainfall is expected, on top of that received this past Sunday could result in minor rises on area rivers and streams. 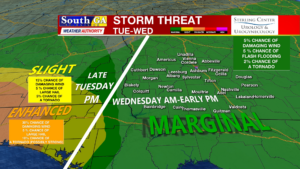 Cooler the end of the week with a freeze possible again both Friday and Saturday mornings.

Then, staying seasonably cool with an unsettled pattern, and a chance of rain showers by the end of the weekend into early next week. 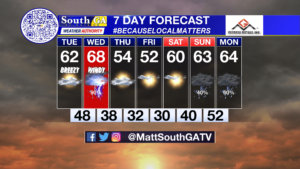 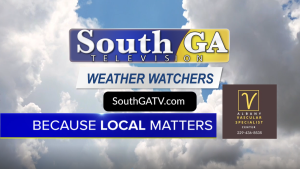