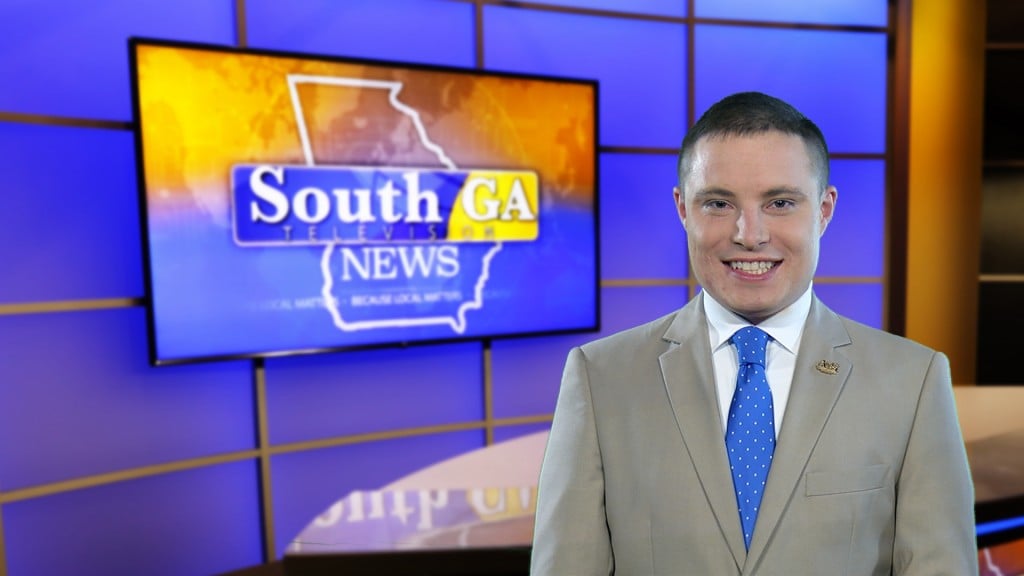 Matthew Crumley joined the South GA TV team in January 2021 as a Meteorologist and Reporter.

Matthew is a Mississippi State University alum and has a Bachelor’s in Geosciences with a concentration in Broadcast Meteorology.

He also has a Certificate in Broadcast and Operational Meteorology from Mississippi State University since 2019.

He is a Certified Skywarn Storm Spotter having completed online training with the National Weather Service in Tallahassee, FL.

Matthew was recently a Meteorologist and Multimedia Journalist with WALB-TV from March-August of 2020.

He also interned with WALB-TV during the summer of 2017 working behind the scenes learning what it takes to become a television broadcast meteorologist.

Born and raised in Tift County in the city of Omega all of his life, he has followed South Georgia’s weather patterns and lived through many historic weather events including each of the following:

He also recalls the Flood of 1994, later known as a 500-year flood, due to Tropical Storm Alberto in which Americus received over 27 inches of rainfall, the Flint River crested to a record 43 feet flooding most of the downtown area of Albany, and the breach of the dam at Lake Blackshear.

He has also lived through a devastating hailstorm in May 2011, the winter weather events of February 2010, January 2014, and January 2018, and most of the long, hot, and sometimes dry summers of South Georgia.

Matthew can be seen weeknights at 6:00/11:00 PM on WSWG-CBS, 6:30/10:00 on WSST. He can occasionally be found anchoring Midday on WSST and reporting weekly on agricultural interest stories.

Matthew is excited to be bringing you the most accurate and advanced weather coverage you can count on!

Matthew would like to hear from you. Reach out to him by email at matthew.crumley@southgatv.com.