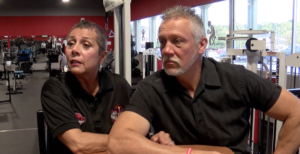 (TIFTON, Ga)- Saturday will feature dozens of bodybuilders from across the state of Georgia showing their stuff for the National Physique Competition.

It’s the second annual competition and the first to be held in South Georgia.

NPC co-organizer, Maria Wells tells us, “Bodybuilding isn’t necessarily an inexpensive sport. So I just feel really privileged that after 44 years of bodybuilding in Georgia, that we finally have a national qualifier in the South.”

For Maria and her husband Jim, to have the event featured in South Georgia over cities such as Jacksonville or Atlanta means a lot to them.

And Maria was determined to have Tifton host the event, regardless of what happens.

“I have been sick, had five brain surgeries over the last 5 months, and so it was just a quick thing to have it here. And the community has been so supportive of everything that we’ve wanted to do, and just poured into this competition. And I’m really just proud of that fact,” says Wells.

But more than helping to put eyes on Tifton, many are hoping that it will put local eyes on the sport of bodybuilding.

“With it starting here, it’s really good for a beginner if they ever thought about competing. With the NPC sanction, it’s well set up and well organized. It would be really good for a first-timer,” says local bodybuilder, Chuck Jones from Valdosta.

The competition will start at 9:30 Saturday, October 5th at the University of Georgia Conference Center in Tifton.