(ALBANY, GA) – A neighborhood watched in shock Sunday afternoon as a North Albany apartment building was burning. But a couple of people we spoke to rushed over as soon as they saw the smoke

People like Fred Harvey ran over to make sure his sister-in-law was out in time.

“The first thing i did was just run over there, beat on the door, make sure her and her daughter was alright. I needed to wake them up, because she works at night, and then first thing on my mind was just get over there,” said Harvey.

While others like Steven Sanders went over to make sure there was nobody else home during the fire. 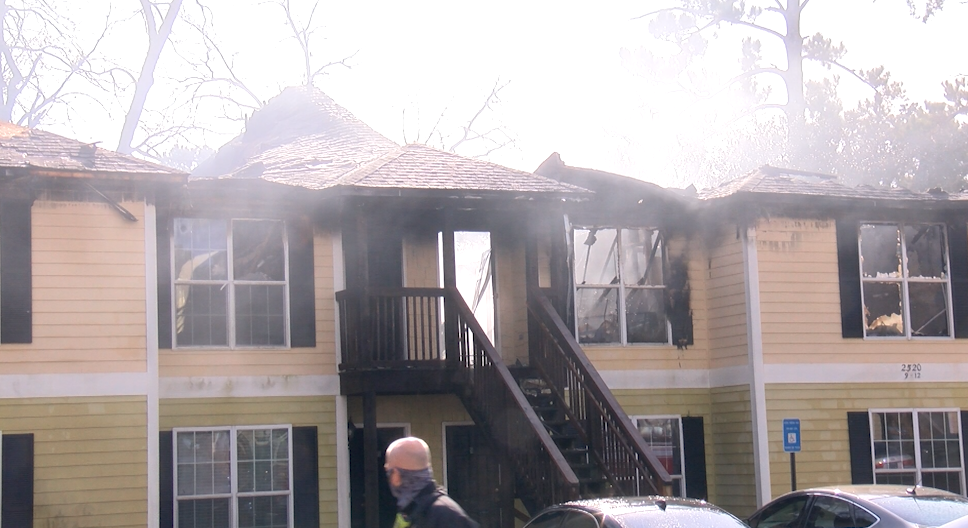 Sanders tells us, “I actually stay in this apartment right here. And I was getting ready to go out and get my customer’s car washed, and I see the house on fire. So what I did was I ran over there and kicked in the door to make sure that everybody was out.”

Even after a total loss from the fire, many in the neighborhood are thinking about their neighbor and how they’re going to be able to bounce back.

“I don’t wish that on anybody. Cause, I mean, you could have a house, and the next thing you know, your house gets set on fire, and you come back to nothing. That’s a crazy situation to come back from,” says Sanders.

While Harvey tells us, “I hope they’re all right too. You know what I’m saying? That everyone else was out when the fire started. That’s where my mind is; is everyone alright?”

The Albany Fire Department is still investigating the fire at this time. No cause has been announced at this time.