Massive turnout in Albany for first day of early voting 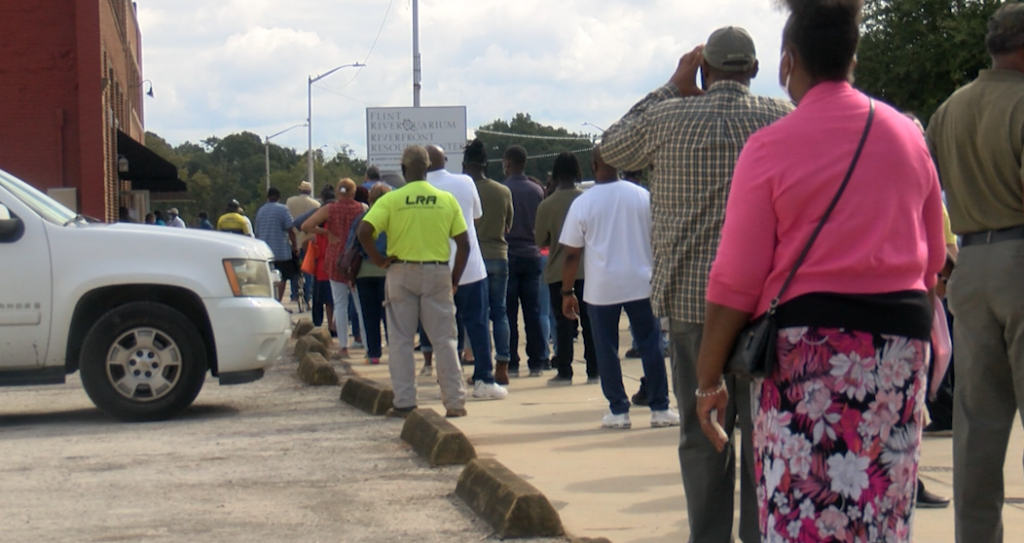 (ALBANY, GA) – Across Georgia, there were record turnouts for the first day of early voting in the 2020 election, and Dougherty County was no different.

Throughout the day, the line wrapped around the block so that many could have their voices heard sooner.

“My vote counting to me is very important to me in 2020. It’s always been important, but i want to make sure that this year, my vote really counts,” says local voter, Nadine Oliver

In addition to the need to get out and vote early in a year with a presidential election, only a few at a time are allowed in to cast their votes.

That hasn’t been stopping anyone though.

As the line continues to wrap around the block, plenty more have been coming through to make sure their voices are heard.

“That shows you just how important this is. Not just to me, but to everyone who’s standing around for change, for the betterment of all people. Not just one section of people, but for all people,” says Oliver.

With some record turnout numbers on the first day of early voting, sites like this may be common down the stretch to Election Day.