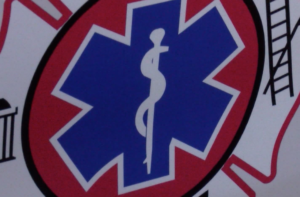 (LEESBURG, Ga)- The Lee County E 911 Office is about to implement a new feature for reaching out during emergencies.

The organization announced that they will be the first county in South Georgia to feature Text 911.

E-911 Coordinator, Nikkie Celinski says, “It’ll be as simple as if you’re texting someone else. You’ll type in 911 where you would type in a regular telephone number, and you’ll send your text message with your information, and in real time, an operator will text you back.”

While the E-911 office is still moving to their new location in downtown Leesburg, Celinski tells us about how important having this feature in a rural area is in a day and age where a cell phone is a necessity.

As well, Lee County will be the first in South Georgia to use Text 911. The feature has only been used for major metropolitan areas.

Celinski tells us, “There are only about 12 counties in the state of Georgia that have text to 911 service. They are all in the metro Atlanta area. So we will be the first in South Georgia to use this technology.”

Celinski says she hopes to have Text 911 fully operational in Lee county by the end of 2019.

To cap off his amazing week, Elon Musk just made $770 million