ALBANY, Ga. – “I just think it’s very uncool for somebody to be in the cemetery, I know people have their options of going wherever but I personal don’t know what you can get out of hanging in a cemetery,” says Albany resident Ricky Jackson.

Jackson told Dougherty County commissioners  Monday that a cemetery in his neighborhood has become a late-night hangout spot. 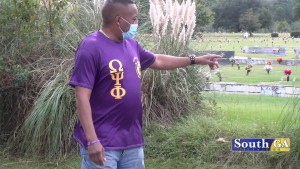 “We’ve had a lot of crime going on with the people for whatever reason wanting to stay and hangout at the cemetery at Floral Memorial Gardens, I have no idea why.”

Commissioners were left stunned and confused. 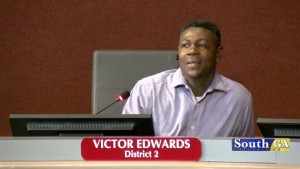 “I thought it was a isolated incident but the way Mr. Jackson explaining it’s like who’s really hanging out at the cemetery,” asked County Commissioner Victor Edwards.

Mr. Jackson says this particular cemetery has attracted criminal activity due to the large bushes surrounding a portion of the land.

“All of those big trees or weeds, whatever they look like, whatever they are, it really need to be cut back because that’s where people are hiding out at.”

The issue came to a head when Jackson says he was charged at by someone coming out of those bushes.

“Someone came from there running at us wide open and in a very threatening manner.”

Chief Deputy Terron Hayes with the Dougherty County Sheriff’s office says officers that have responded to the party complaints were shocked by people hanging out near the graves.

He said, “It’s very unusual to get that type of call at a business such as that.”

Hayes says the department has asked the cemetery to put up signs and moving forward will request that they trim down their foliage.

America is on a gun-buying spree. Here's what is driving the surge