(CORDELE, GA) – Meet Roscoe, who seven years ago found out exactly just how cruel the world can be for an unwanted puppy…

Lucky for him, Cordele’s Amanda Smith and her mom, Reta came into his life

“He had a broken leg, it was dangling. They casted it, and every time they brought him in, she would come in and she would visit with him, sit with him, and play with him.offering treats and toys, and over time, they built a relationship,” says Reta.

Amanda says, “When they’re in the shelters, sometimes they’re not used to the people, they’re used to animals, so it’s good to get out and get involved.”

That gave Amanda and her mother the inspiration for the Puppy Power Rescue. 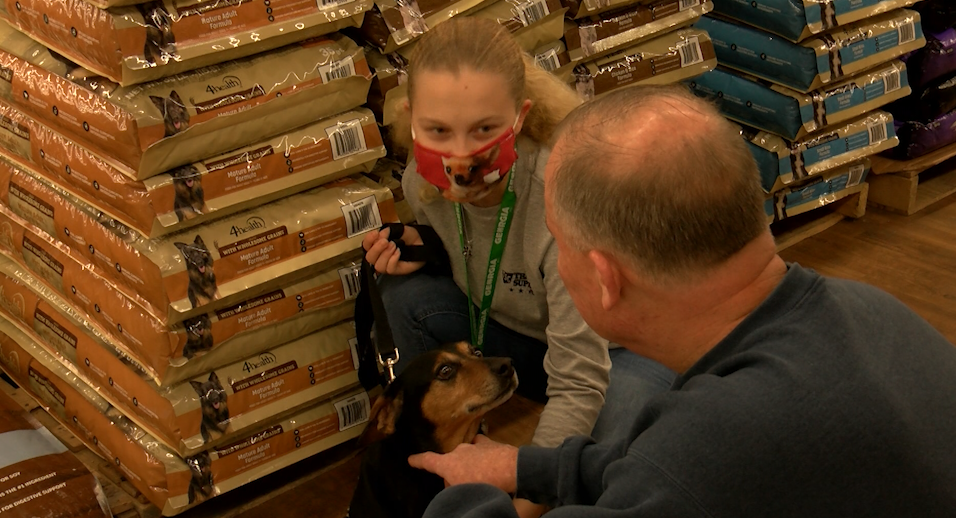 “You just have to be nice to them. It’s great if you just go in easy, and just be gentle with them, and if they’re really skittish at first, just give them some space so they can get adjusted,” says Amanda.

Rescue dogs like Roscoe are living the good life now. But both Reta and Amanda will tell you that there are plenty of dogs, just as deserving as Roscoe.

And three years later the good will and community spirit grows, as does the number of success stories.

Their puppy power rescue is rooted at their “real job”, at the Tractor Supply Company in Cordele.

She knows her daughter has a bigger horizon in mind when it comes to animal rescue.

She tells us, “If she is able to expand out, she would love to go farther than Cordele, if she’s ever able to. She’s like ‘mom, i want to help more and more animals.’”

If you’re interested in helping Amanda’s Puppy Power Rescue, you can contact them through the Crisp County 4-H Extension Office at 110 W 13th Ave, in Cordele.