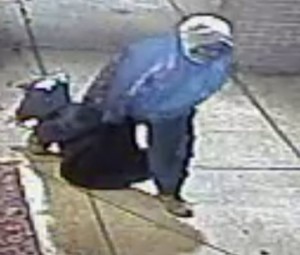 “This was a senseless act that should not have occurred, and shed light on several challenges that affect our community. When our society becomes so callous as to standby and watch a person become a victim in a criminal act, then where is our moral compass as a people?” said Persley.

Amanda Griffin of the Love and Loaves Ministry knew Cole.

Griffin told us, “There were a couple of times that teresa did mention that she was in danger. But that’s a common factor for all of our women we serve out here. They have to be aware of their surroundings and the fact that they don’t go alone places.”

Chief Persley says that in addition to surveillance photos and videos, there were witnesses who ended up being bystanders to the incident.

“You can do various things to get involved. The smallest thing is just picking up the phone and call the police. But the other part is, do some kind of distraction. Make some noise, get involved, but I’m not saying get physically involved,” says the chief.

Chief Persley also says that while it is important to take action, people shouldn’t put themselves in harm’s way.

Chief Persley says,“Listen, we’re not here to judge, we’re not here to criminalize anything. We want you to know you have a voice. There’s some people who are homeless and they don’t want to be concerned or bothered by anybody, but they need resources.”

The Albany Police Department will hold a homeless count at the Civic Center, Tuesday.

Georgia Power providing payment options for those impacted by pandemic