Over 20 road closures and counting in Crisp County

CRISP COUNTY, Ga. – Multiple roads are closed as a result of them being underwater or washed out around Crisp County. 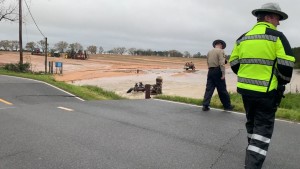 The Crisp County Sheriff’s Department spent the day informing the public about road closures and how to avoid roads to stay safe.

Cones were set up in order to block access to unsafe roads. 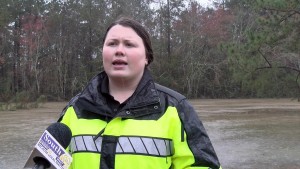 Crisp County Sheriff’s Office Public Information Officer Haley Wade says, “Over 20 [roads] now that have been closed or that have barricades or cones that have deputies out of them, we’re still reminding people turn around don’t drown, if you don’t have to be out today don’t.”

Even if you see roads that were blocked now cleared off, stay alert because water is expected to flow to other areas

Wade says, “You see some of it recede now, but the only problem is where it’s receded here, its going to go increase in other areas of the county.”

Also, not seeing water over roadways doesn’t necessarily mean that they’re safe to drive on. 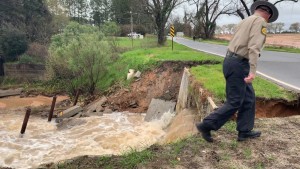 Wade says, “You don’t exactly now what has happened underneath that roadway; if the infrastructure has been damaged, if it’s passable, if the road may collapse with your vehicle on it.”

Wade says Crisp County is a strong community and is fortunate to have so many supporting branches, “Not only do you have your local Public Works, Law Enforcement, Fire, EMS, Crisp County Power, we can’t speak enough about those responders that have worked tirelessly from events’ start to end and then our state partners are working so well with us to get us the resources that we need. We’re extremely lucky and we pull together.”

When asked if Crisp County will bounce back from the sustained damage, Was said, “We’ve done it before in floods and we’ve done it before through Hurricane Michael and people have really seen this community come together and shine, we’re going to do it again.”

Wade says the department will continue to assess roads as they try to predict where the water may go and what roads are next on the flowing water’s hit list.