MOULTRIE, Ga. – Below is the press release from the City of Moultrie on the new hires.

The City of Moultrie is pleased to announce the hiring of Fire Chief Chad Kilgore and Assistant Fire Chief Tyshon Reed.

Chief Kilgore began his career with the Moultrie Fire Department in May of 2003 as a firefighter. Since that time, he has advanced to Relief Driver, Sergeant, Lieutenant, Battalion Chief, Interim Fire Chief, and now Fire Chief. Chief Kilgore is a Moultrie native, a graduate of Colquitt County High School, and a member of Autreyville Baptist Church, where he and his wife Brandi and daughters Avery and Rylee are active.

Since becoming Interim Chief, Kilgore has hired ten new firefighters, promoted five, and created a fitness course designed to improve fire personnel’s overall health and wellness. As Chief, Kilgore will build a new fire station with SPLOST funding and work towards building a training facility to assist in bringing Moultrie’s ISO rating to a 2, which will benefit the citizens of Moultrie by lowing property taxes.

Reed began his career with the Valdosta Fire Department in 2009. Reed says he is excited to be back in Moultrie with his family. “We are very family-oriented,” said Reed. Reed was a Packer football player and said he has dreamed of seeing his son play on the same field as he did. “I am big on morale and want to help build it in the department,” he said. Reed begins work on Monday, May 3rd. Chief Kilgore and Assistant Chief Reed can be contacted at Fire Station 1 located in City Hall or by calling 985-1805. 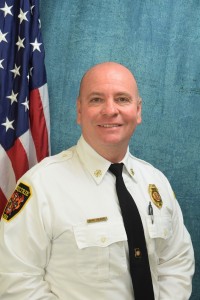 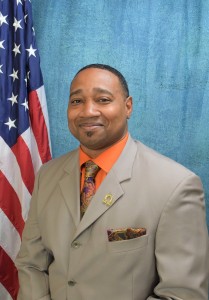