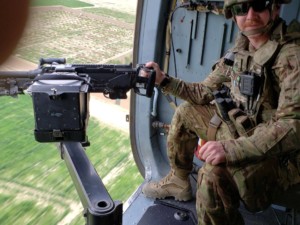 (LEE COUNTY, Ga)- With the November General election only a couple of weeks out, eyes are focusing on the vacated seat for the 152nd Seat in the State House of Representatives.

On a ballot that includes now former mayors, Jim Quinn, and Bill Yearta, one candidate is looking to make waves.

Meet Tyler Johnson, a Lee County native who served in the Army National Guard for more than nine years, and an internship for the House of Representatives.

“This has been a dream of mine. It’s been a lifelong goal, and over the last nine years, I’ve been working towards this moment in my life. And I know our district needs to maintain a strong, conservative voice,” says Johnson when we spoke with him.

Since registering for the Special Election, Johnson has been out campaigning and meeting with the people of Lee County.

He wants them to see a fresh face in the upcoming election.

Johnson tells us, “I think a fresh face is what’s definitely needed in politics. An independent voice to represent our district. With my campaign, there’s no strings attached, with anybody else to try and influence me one way or another when it comes to particular issues.”

With only a couple of weeks left before Election Day, Johnson wants those in both Lee and Worth county to know what he is bringing to the table.

“We’ve got 200 acres there in Worth County along Highway 82 that needs to be developed, as an industrial park. We’ve got to bring somebody in to build there and maintain our infrastructure. Because we are that corridor for businesses to come and develop.”

Despite never holding office, Johnson has not been afraid to put himself out there.

The Special Election was called after Representative, Ed Rynders announced he would be resigning from his position in September.

Iowa: Ceiling falls in during tornado in Waukee