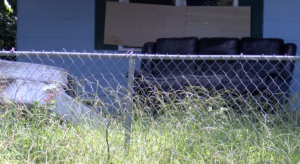 (ALBANY, Ga)- The Dougherty County Commission is taking a step forward to clean up the county.

The commission announced during a work session Monday that they are launching an anti-litter campaign called “Dougherty Green.”

The idea is for the campaign to be a joint effort between Dougherty County and the City of Albany.

Ward 4 City Commissioner, Roger Marietta tells us, “Really, the message of the anti-littering campaign has to go to those people who are throwing stuff out of the window of their cars. Weve got to get them motivated to stop doing that.”

The penalties for being caught for littering can be up to a $1,000 fine, and up to 100 hours of community service.

Protesters, ACLU sue over use of force at White House ahead of Trump's church visit