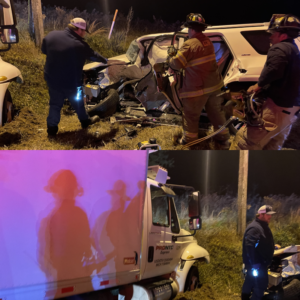 A Crisp County resident died at the scene of a traffic accident on Thursday night.

According to Georgia State Patrol Post 30, 78-Year-Old Wilma Martin of Crisp County was traveling east on South Cedar Creek driving a Toyota 4-Runner when she attempted to stop and proceeded into the intersection of South Coney Road into the path of a 2007 international box truck driven by Keith Davis of Hazelhurst. the truck hit the 4-Runner in the driver’s front side.

Ms. Martin died at the scene. According to the Georgia State Patrol, no charges will be filed.