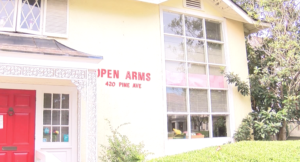 (ALBANY, Ga)- This month homeless organizations will work with the state of Georgia to count the number of homeless teens.

Open Arms in Albany will be one of those organizations taking part.

Assistant Executive Director, Rosalynn Fliggins tells us, “The goal is that we get a true number, because in the past, we’ve counted more adults than we have teens, or young people and youth. So what we’re trying to do is get an accurate count, so we can get the funding dollars associated with young people who come to our communities.”

The organization will be partnering with other groups in Albany starting June 24th to see how many people between the ages of 12 and 24 years old are homeless.

Unlike previous efforts, there will be a focus on specifically helping homeless teens.

“This is the first time we’ve had this concentrated towards the youth. It’s 3 agencies who will be doing it across the state. One in Atlanta, one in Brunswick, and then there’s us here in Southwest Georgia,” says Fliggins.

Open Arms is making sure this can be the start of putting an end to teen homelessness in Albany.

Fliggins says, “It’s important that we get this in our community. If they’re gonna need service sin regard to tutoring, housing, anything as far as education beyond high school. The numbers have to be there. We can say it exists, but if we don’t have the data to back that up, then it doesn’t matter.”

The teen homeless count will run from Monday, June 24th through June 29th.

BTS did a Tiny Desk concert that may surprise you