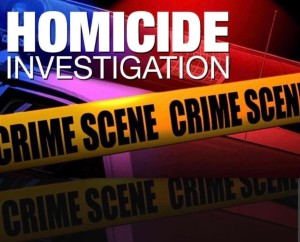 Albany, GA– The Albany Police Department is opening an investigation following the incident which occurred Saturday, August 13th involving the homicide and possible rape of 45 year-old Shannon Hammock. She was found dead on the 400 block of West Residence Avenue around 8 a.m.

Dougherty County Coroner, Michael Fowler told South Georgia Television, “It’s going to be a homicide. The autopsy will be done tomorrow morning and we’re going to rule out rape and also the physical altercation she might have had. We’re trying to document all those injuries.”

Coroner Fowler and witnesses say Hammock was found half naked in a shaded area located in the backyard of an Albany resident’s home. APD pronounced her dead at the scene and are now conducting an investigation to arrest Hammock’s murderer.

Fowler says that he hardly ever encounters homicide cases involving half nude victims.

“Very seldom do we get one in this shape. Most of the time it’s some kind of altercation that happens involving a gun shooting or something like that” says Fowler.

The Coroner did not disclose the exact physical injuries found on Ms. Hammock’s body at the scene. An autopsy and sexual assault evidence kit (also known as a rape kit)  will be performed on Tuesday, August 16th, to determine the cause of death and if sexual assault was involved.

Fowler says in cases of possible sexual assault, the rape kit can provide specific DNA evidence leading to the person(s) responsible for the 45 year-olds murder.

This is an ongoing investigation with more updates to come when they’re received.