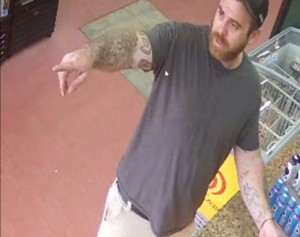 CORDELE, Ga. – The Crisp County Sheriff’s Office has identified the suspect in the Sunday morning armed robbery of a Citgo station in Cordele as a man who is also wanted in Florida.

Bo Brian Brantley, 34, is a white man who is 5 feet 9 inches tall, weighs 235 pounds, has brown hair and brown eyes, neck tattoos and facial hair, and the sheriff’s office has obtained a warrant against him accusing him of the robbery, according to information released on a wanted poster.

Brantley is also wanted in Panama City, Fla., according to the wanted poster. He is considered armed and dangerous.

Fact Check: At briefings, Trump is settling into a routine of false claims and exaggeration