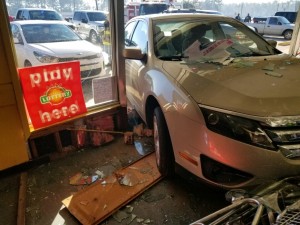 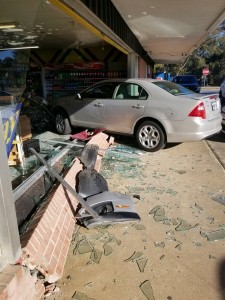 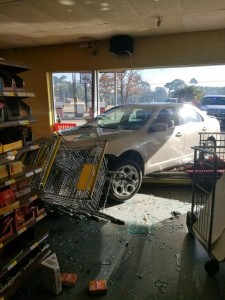 The driver of a 2010 Ford Fusion stepped on the accelerator instead of the brake while leaving the gas pumps at Michael’s Market at 169 Ga. Hwy. 91 NW in the city of Newton. The driver was attempting to park, instead rammed the vehicle into the store and damaged an unoccupied vehicle in the parking lot.

The driver was transported to Mitchell County Hospital as a precaution. No employees or customers were injured inside the store.