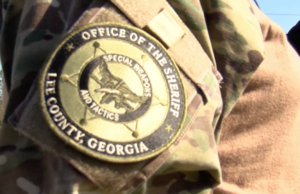 (LEESBURG, Ga)- Wednesday was the continuation of training for the Lee County Sheriff’s Office SWAT Team.

Sheriff, Reggie Rachals tells us, the training progress , and additional financial help is much needed, given the recent string of armed robberies and standoffs.

“You never know what may happen at an armed robbery. An officer may arrive at the time, and next thing you know, you’ve got a barricaded subject with hostages probably. So we hope that never happens, but we want to be prepared for it, in the event it does occur,” says the Lee County Sheriff.

The  sheriff’s office was recently given the approval for more than $28,000 for additional equipment.

On top of the original gear purchased when they formed the SWAT team, they’re making sure they have all of the bases covered.

Sheriff Rachals says, “We are going to purchase some firearms. But we are also purchasing equipment to breach a door if need be. So that’s a good thing. We’re very happy with the outcome of the vote.”

Sheriff Rachals says the continued support from the county has been crucial.

“I think they see the value of the SWAT team being needed also, with the crime increasing as it is. Because all of these problems are coming in on Lee County,” says Sheriff Rachals.

The training sessions have been taking place in eight hour sessions once a month.

Georgia Power providing payment options for those impacted by pandemic