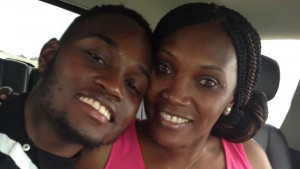 Ahmaud Arbery with his mother 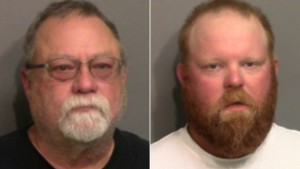 ATLANTA, Ga. (CNN) — Georgia’s attorney general has requested that the US Department of Justice conduct an investigation into the handling of the Ahmaud Arbery case.

“We are committed to a complete and transparent review of how the Ahmaud Arbery case was handled from the outset,” Attorney General Chris Carr said in a news release. “The family, the community and the state of Georgia deserve answers, and we will work with others in law enforcement at the state and federal level to find those answers.”

Carr’s request to the DOJ includes an investigation of the “communications and discussions” between the first two district attorneys assigned to the case, both of whom have since recused themselves.

The fatal shooting of 25-year-old Arbery on February 23 caused widespread outrage in recent days after a video surfaced that appeared to show the deadly confrontation. Anger was compounded by the fact that the suspects in the case, who are white, had not been arrested more than two months after Arbery, a black man, was killed.

The suspects, 64-year-old Gregory McMichael and his 34-year-old son Travis McMichael, were arrested May 7 and face charges of murder and aggravated assault. CNN’s attempts to reach them for comment have been unsuccessful.

Case has gone to three prosecutors
Since the shooting, the case has landed on the desks of three prosecutors. The first two recused themselves because of their connections to Gregory McMichael.

Last week, the current prosecutor, District Attorney for the Atlantic Judicial Circuit Tom Durden, said he would bring the case to a grand jury after coronavirus restrictions lifted.

The first prosecutor, Brunswick Judicial Circuit District Attorney Jackie Johnson recused herself, citing Gregory McMichael’s position as a former investigator for the office. She has denied allegations by local officials that she told police not to make an arrest.

A second prosecutor, Waycross Judicial Circuit District Attorney George Barnhill, recused himself because his son worked in the Brunswick Judicial Circuit DA’s office and once worked with Gregory McMichael in a prior prosecution of Arbery, he wrote in a letter to Carr’s office April 7.

In a separate letter to police, Barnhill wrote that he believed the McMichaels were within their rights to execute a citizen’s arrest of Arbery, adding that Travis McMichael would have been allowed to use “deadly force” to protect himself as he and Arbery struggled over the shotgun.

Carr’s office said Sunday that at the time Barnhill was appointed to the case, neither his office nor the Brunswick DA informed the state attorney general that Barnhill “had already taken a role in the case in reviewing evidence and advising the Glynn County Police Department regarding whether to make arrests in the case.”

When Barnhill wrote to the attorney general’s office April 7 to recuse himself, Barnhill said he and Johnson, the Brunswick district attorney, had learned several weeks earlier about the connection between Barnhill’s son and McMichael.

Barnhill’s April 7 letter did not provide a reason for the delay in informing the state attorney general of this connection, Carr’s office said. That letter also failed to mention that Barnhill had previously provided police with a letter in which Barnhill said he saw no grounds for arrests.

The video, obtained by CNN affiliate WJXT from the homeowner, shows a man in a white T-shirt walk into a home that is under construction. Leaves are strewn across the floor among piles of lumber and other building materials.

Lee Merritt, an attorney for Arbery’s family, said in a statement his office had reviewed the video and believes it shows Arbery.

“This video is consistent with the evidence already known to us,” Merritt said in a statement, along with his co-counsel Benjamin Crump and L. Chris Stewart. “Ahmaud Arbery was out for a jog. He stopped by a property under construction where he engaged in no illegal activity and remained for only a brief period.”

“Ahmaud did not take anything from the construction site,” it said. “He did not cause any damage to the property.”

The GBI did not confirm to CNN whether the surveillance footage was part of the investigation.

Even if Arbery entered the construction site, his family’s attorneys said, there were no grounds to shoot and kill him.

“Ahmaud’s actions at this empty home under construction were in no way a felony under Georgia law,” their statement said. “This video confirms that Mr. Arbery’s murder was not justified and the actions of the men who pursued him and ambushed him were unjustified.”

“We reiterate,” the statement added, “Ahmaud Arbery did not take part in ANY felony, had no illegal substances in his system, was not armed yet was shot three times with a shotgun at close range.”

‘This was a lynching’
In the video that appeared to show the deadly confrontation, Arbery is seen jogging along a road outside Brunswick, Georgia — as he often did, according to those who knew the former high school football player — when he’s met by two men in a pickup truck.

Arbery and one of the men get into a struggle over a shotgun as gunshots ring out. Arbery falls in the road.

Gregory McMichael told police he and his son pursued Arbery because they believed he looked like a suspect in recent break-ins in the neighborhood, according to a police report.

That video was filmed by a man named William “Roddie” Bryan, his attorney, Kevin Gough, said. Though the police report cites Gregory McMichael as saying Bryan tried to “block” Arbery, Gough told CNN his client was not acting in conjunction with the McMichaels on the day of the shooting. Any implication that his client was a vigilante was inaccurate, Gough said.

Under Georgia law, a person can only perform a citizen’s arrest if they’ve witnessed a crime, if that crime is a felony and if the suspect is escaping.

Though McMichael cited earlier break-ins as a reason he and his son chased Arbery, a lieutenant with the Glynn County Police told CNN only one automobile burglary was reported in the area in the more than seven weeks before the shooting, when a gun was reported stolen from an unlocked vehicle outside the McMichaels’ home.

A number of politicians, activists and celebrities have weighed in on the killing in recent days, including Atlanta Mayor Keisha Lance Bottoms, who told CNN that without the video, she did not believe there would have been any arrests made.

“I think had we not seen that video, I don’t believe that they would be charged,” Bottoms told CNN’s Jake Tapper on “State of the Union” on Sunday. “And it’s heartbreaking that it’s 2020 and this was a lynching of an African American man.”

'They couldn't take it anymore': Hospital exec says employees are walking off the job