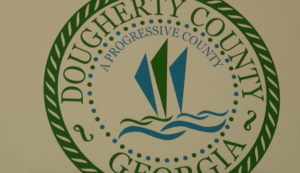 (ALBANY, Ga)- The Dougherty County Commission is planning to give the county it’s first logo and update the seal for the county.

Public Information Officer, Wendy Howell says that the idea for a county logo came from the City of Albany’s logo redesign from 2014.

Some concept designs have been brought to the commission and Howell says this will be the first logo for the county.

She tells us, “Well, I think that the purpose of a logo or branding is to really give an organization an identity. And a lot of people may not think about that in county and city government. But it’s very important for this community.”

Howell says the commission hopes to approve some of the concept designs by the end of June.

As a pandemic and protests over George Floyd's death collide, officials stress: Wear a mask

NASA, SpaceX launch astronauts from US soil for the first time in a decade