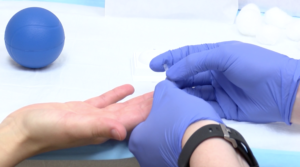 The state Department of Public Health was holding free HIV screenings all day at the South Slappey Boulevard Walgreens.

Remy Hutchins with the Department of Public Heath tells us how important it is to normalize HIV screenings as part of a regular physical.

According to a 2016 CDC Report, more than 31 in every one hundred thousand people tested positive for HIV.