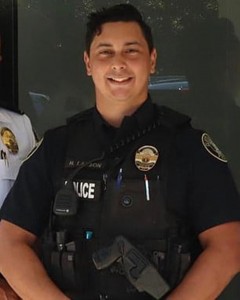 Officers on scene returned fire, hitting the man, who died on the scene. Officers later determined that the man had just shot and killed two women and also shot a 12-year-old boy in the face just prior to officers arriving. Officer Laxson was taken to Piedmont Henry Hospital where he died. The injured officer was taken to a local area hospital for treatment of non-life-threatening injuries. The GBI will perform an autopsy on the suspect in the triple shooting investigation.

The Clayton County Police Department is investigating the triple shooting incident. The GBI will continue to conduct an independent investigation of the officer-involved shooting and once complete, the case will be given to the Clayton County District Attorney’s Office for review.

Meth in the mail suspect arrested