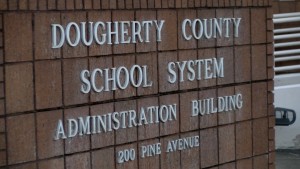 ALBANY, Ga. – Monroe High School was put on a ‘soft lockdown’ after an alleged bomb threat, according to the Dougherty County School System.

DCSS says someone called the school threatening that there was a bomb. There were no signs of a bomb inside the school after going through the building and “normal operations resumed.”

Charges are pending against those who were involved, for disrupting a public school.

The school system wants to remind parents to sign up and receive messages and alerts via REMIND by going to https://www.docoschools.org/Remind

Dougherty County School Police are continuing to investigate the threat.

This is an active and ongoing investigation. Be sure to stay with South Georgia Television News for the very latest.

Matthew McConaughey announces he will not run for Texas governor

Matthew McConaughey announces he will not run for Texas governor

Bash to Schiff: Is Merrick Garland letting Trump off the hook?