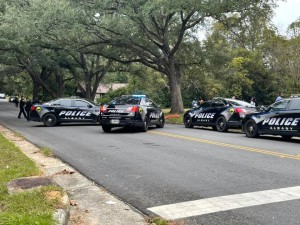 ALBANY, Ga. – The Albany Police Department (APD) is investigating a homicide that happened on the 600 block of W. 1st Ave. near Madison Street.

According to Coroner Michael Fowler  34-year-old Montravious Gibson was shot to death, and found in his car that was wrecked in someone’s yard. Dispatch says the initial call came in at 8:16 this morning. Fowler says they are still working to contact the rest of the victims family, and that the investigation is ongoing.

Be sure to stay with South Georgia Television News for the very latest.

'I wish he had more time': Adonis Butler's family speaks out, after fatal bus accident