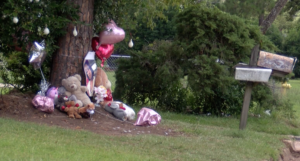 (ALBANY, Ga)- An Albany teenager was killed over the weekend, right outside of her home.

17 year old Quamiya Jones was found dead shortly after one in the morning Saturday on West Highland Avenue.

Jones was declared dead when officiers arrived on the scene.

The Albany Police Homicide Division is handling the investigation.

I-75 motorist guidance for Crisp commuters