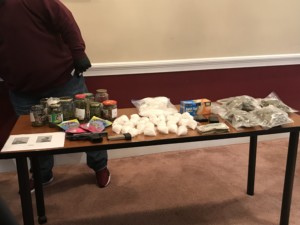 This bust is the second largest drug bust they’ve had in almost a year.

He says, “The next thing for the drug unit is to find who’s supplying him with this, that’s our job. We’re gonna keep going after these illegal pharmaceutical distributors to send a message that we’re not gonna tolerate drugs being sold in Albany, Georgia.”

The Interim Major says the street value of the drugs seized is well over $100 thousand.

Avlon: People who refuse vaccines for political reasons are not victims

Security guard shot in the chest at NW Houston apartments