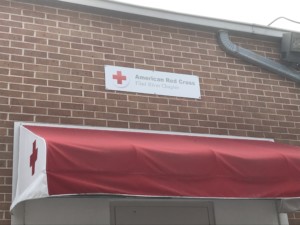 (ALBANY, Ga)- The Red Cross of Southwest Georgia is busy finishing preparations as thunderstorms move into the area Friday morning.

This comes days after an EF-1 tornado touched down in Colquitt  County, causing damage to several homes.

SW Georgia Red Cross Director, Andy Brubaker tells us what you can do to prepare for when the storm rolls into the area.

Brubaker says to have a plan ready at your home and place of employment.

As well, make sure that you have devices charged and battery backups ready in the event of power outages.

Brubaker tells us, “We know that the storm is going to come in during high commute times, so maybe having conversations with your employees about a delayed start or maybe working from home so that there aren’t many people on the roads at the time the storm comes through.”

In addition to the Red Cross preparing for the worst-case scenario, several school districts have announced closures due to the threat of severe weather.

The following schools include:

The list will update when more closings are announced.

How political identity impacts our view of reality

How political identity impacts our view of reality