ARREST – MAN CHARGED WITH ONE COUNT OF SEXUAL EXPLOITATION OF CHILDREN 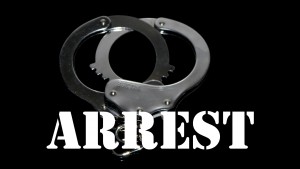 The Georgia Bureau of Investigation’s Child Exploitation and Computer Crimes (CEACC) Unit arrested and charged Daniel Allen Guernsey, 50, of Coffee County, GA, with one count of Sexual Exploitation of Children on November 17, 2022.

After receiving a cybertip report from the National Center for Missing and Exploited Children (NCMEC) regarding the potential online possession of child sexual abuse material, the GBI CEACC Unit began an investigation into Guernsey’s online activity.

Guernsey was arrested on November 14, 2022, following a search of his electronic devices as a result of this investigation.

The Coffee County Sheriff’s Office assisted the GBI CEACC unit in Guernsey’s arrest. When Guernsey was arrested, he was taken to the Coffee County Jail. The Internet Crimes Against Children (ICAC) Task Force, a division of the GBI’s Child Exploitation and Computer Crimes Unit, is conducting this investigation as part of its ongoing endeavor to locate individuals involved in the sale of materials containing child sexual abuse.

The U.S. Department of Justice came up with the ICAC Program in response to the rising number of children and teens using the Internet, the growing amount of information about child sexual abuse, and the increased online activity of predators looking for unsupervised contact with underage victims.

The Georgia Bureau of Investigation’s Child Exploitation and Computer Crimes Unit can be reached at 404-270-8870 for anyone with information about additional cases of child exploitation.