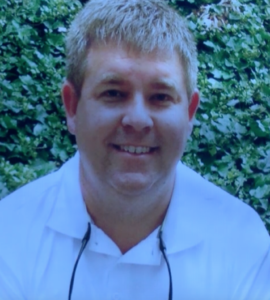 (FITZGERALD, Ga)- Dozens gathered at the Church of God in Fitzgerald Tuesday afternoon for the first blood drive in honor of Matt McCranie from Irwin County.

Matt was well known throughout the community whether he was with his family or working with the public.

His co-worker, Allison Sapp, tells us, “Matt was always in a great mood, he was a comedian, always pulling a trick on somebody. Great to work with, always made everyone smile.”

Sadly, Matt passed away in 2017, but he was known in the area as the man with a big heart.

Blood Drive Director, Holly Lee says, “He gave a lot to our community, and this is one way to pay back in memory of him. We wanted to honor him and what better way to do that than give the gift of life.

His friends, family and co-workers knew how kind Matt was in his life and are happy to pay it forward in his memory.

James Campbell knew Matt for years, and he says, “He was very well liked, and had a good reputation in town. He was just an all-around Southern Gentleman.”

People from across South Georgia wasted no time getting in once the blood drive got underway Tuesday afternoon.

“The first 10 minutes that we were set up here, we already had 12 people signed up to donate,” says Lee as more community members and first responders came in to donate blood.

With his passing, Matt McCranie left his mark on the community, and the people of Irwin County are giving the gift of life, one pint at a time.