Albany man arrested in Atlanta for forgery and fraud 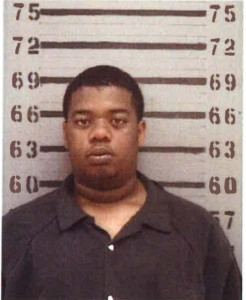 (ALBANY, Ga)- An Albany man was arrested in Atlanta for forgery, according to the Albany Police Department.

In an incident report from the police department, a student had received two checks from 18 year-old, Jarrell Chester.

Chester was telling the victim to meet him at a convenience store at the corner of Gillionville Road and Westover Boulevard.

In the report, Chester gave the student an envelope with a check for $1,000 and telling him to cash it.

According to the incident report, the student cashed the check at a bank in East Albany, for $432.00.

Chester then brought the victim to another bank on Westover Blvd. to try and cash a check that had the words “for babysitting” written on it.

The teller at the bank stated there would be a five-day hold on the check.

The incident report says, Chester and the victim left for another bank in East Albany, cashing a check for $461.00.

One teller took notice of the transactions and placed a hold on the account.

The Albany Police Department says the case is still active at this time.