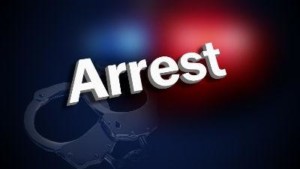 (ALBANY, Ga)-  Law enforcement has recently put more than half a dozen women behind bars for prostitution.

Nine women arrested for prostitution in the past week.

Something Commander, Ryan Ward of the Albany-Dougherty Drug Unit has been hearing about.

Ward tells us, “We got some complaints in reference to prostitutes walking up and down various streets in the city, which we have targeted as ‘hotspot areas.'”

As well as keeping the streets clean at night, Captain Ward says there are other crimes that don’t happen when prostitution is taken care of.

“Anytime you have prostitution, it does lead to other crimes, because, you can look at it, people can be raped, murdered. Anything could happen when you start dealing with prostitution. So what we want to do is try to curtail that as quickly as possible,” says Ward.

And the drug unit will continue to crack down on prostitution within the city.

Ward says, “We’re gonna continue to venture out and do these operations in the summer months.”