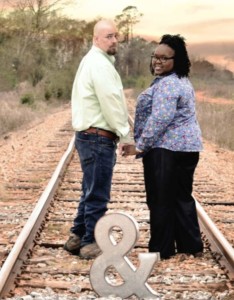 Courtesy of Michael and Bianca Knowles

(ALBANY, GA)- Michael and Bianca Knowles are just like any couple you’d find.

They’re big Dallas Cowboys fans, and talk every Sunday at their local church.

But for the last year, they’ve had a problem to deal with.

“Michael is in need of a kidney. He was diagnosed with stage 4 Renal Failure in January 2019. And so, we’ve been on dialysis since Janaury the 8th, 2019,” says Bianca.

She and Michael have been searching for a kidney donor for the better part of a year.

For Michael, being on dialysis keeps him from aspects of taking care of himself.

Michael tells us, “An added, frustrating part about being on dialysis is you have to watch your fluid intake. So even if I may be thirsty, I can’t drink much water or anything, because your body doesn’t process the fluid out.”

As Michael and Bianca continue to look for a donor, they’ve met plenty of people who’ve been in their situation. and to them, its re-assuring.

Bianca says, “Just having the love and support, I think it’s made us stronger. Michael has always been there to take care of me, so I’ve learned to now take care of him.”

As well, the couple is encouraging a donor to come forward sooner rather than later.

“It may not be you who’s willing to go through the process, but you may know someone else who might be willing. And sharing and reaching is vital,” Bianca tells us.

For more information, you can contact Michael and Bianca at https://www.facebook.com/MichaelsKidneyJourney1/?epa=SEARCH_BOX

Here's what you need to know about the NFL Championship games

Biden's decrees vault America back onto the global stage. A whiplashed world wonders for how long